Want to Create Your Wikipedia Profile?

A One-stop Solution for all Wikipedia Services

Approximately How Many Different Languages Is Wikipedia Available In?

How do you feel when you are amid a group of individuals who seem to be talking about worldly affairs; be it sports, entertainment or science? It certainly feels puzzling because you are oblivious of what they are talking about. For this reason, a lot of people are habitual of researching different topics just to stay trendy and active.

Let’s say you want to search about the life of Stephen Hawking, turns out you don’t even know who he is, so you simply type the name on the search bar, and what do you end up with? A Google Knowledge panel on the right that has a link to the Wikipedia page, and if not you will see the Wikipedia page on the front of your screen! Why is it that this encyclopedia is taking over the world? Well, you will know about it here; after all it is the world’s second most visited website! So, keep reading the blog.

Why is Wikipedia Available in multiple languages?

As per statistics, Wikipedia is accessible in 321 languages that account to 56 Million articles available on the web. Have you ever wondered why these articles are widely available? If yes, here is why.

The platform doesn’t offer vast benefits just because it can be read or written in several languages but also because it ranks at the top of the search engine. This means, it has to be as wide as it can to cater to audiences belonging from different areas of the globe.

The top Languages on Wikipedia

To let you know about the most available articles on the platform, we have derived some of the most-spoken languages, regardless of their ranking. So brace yourself as you may be enticed and surprised to see some amazing facts!

Acquiring the highest number of articles than any other language on the encyclopedia, the English Wikipedia covers about 11% of the total write-ups. This sums up to at least 6.3 Million articles, solely dedicated to English. This could be because it is widely spoken and also used as a mode of communication worldwide. There are hundreds of countries where the native speakers would understand their own language and some basics of English. Additionally, it is used by researchers and students in colleges and universities. However, the quality of articles varies from low, middle, high and at the top. Similarly, the share of write-ups is in the form of edits, articles, and stubs.

If you admire linguistics and rejoice learning languages, then Swedish may already be on the tip of your tongue. It is one of the most unique languages, and it becomes even special because it is widely used on Wikipedia. It currently makes it to the 3rd ranking, in terms of the number of articles. This language also has a wide range of categories that depict different subjects on which one could write exceptional articles to deliver them to the world. In terms of administrators, there are about 62 of them who are voluntarily responsible for managing the Swedish pages on this platform and look for approvals. Ever since the page came into existence, the content rate seems to rise drastically.

If you are a student, you must want to take German as your language course, no? It is easy to learn and a great language to explore. It not only has the second largest number of edits but also the second highest number of articles! This means, there are thousands of people who know German in terms of reading and writing that has made them eligible to sign up and contribute on Wikipedia. Along with this, the articles are available in different variations on the German Wikipedia. One of the distinctive features of this platform in the context of this language is that you don’t have to create a Wikipedia page to contribute with an article.

Over the coming years, the language has gained a pivotal point on the Wikipedia platform. It is among the top six languages, as there are about 1.7 Million articles available and accessible in the Russian language. In addition, the most feasible option of this language is that the registration on this arena as a user is absolutely optional; they leave it up to you. In terms of subjects and categories, it is astounding to know more than anything else. Whether it is music, animals, writers, plants, or anything else, you will find the content available on most of these topics quite readily. So, all you have to do is simply pick the subject you want to learn and head to the Russian Wikipedia site.

After all the top languages, the Italian one comes on the 8th number. There are more than 2.1 Million registered accounts for this platform, and is easily accessible because like several other dialects, Wikipedia has made it optional for this domain to get registered or not; being a choice for you. What makes it more-defined and special in the digital arena is that it is one of the initial languages introduced on Wikipedia. Besides, there is no particular administrator for this site unlike some of the other top languages. What makes it similar to the English Wikipedia is that most of the content or articles written are through automatic scripts; that is how they have generated them.

Unlike other topics, this blog must have caught your attention at the best of the levels. It is not only because these languages are available on Wikipedia but largely because these are some of the most used languages on the domain. Whether it is in terms of edits, articles, or any other characteristic, these are the elements that make them unique on the world’s largest resource website.

Get started before it’s too late! It’s a limited time offer so hurry up! Get yourself a Wikipedia page today!

Our Clientele Speaks For Itself

“I am greatly impressed by your work. The content is immaculate and profoundly researched.”

“Wiki Specialist LLC is a great firm. Thanks A lot for composing my page I am hoping to work with your superior writers in the future.”

“Thumbs Up! I will surely recommend your services, as I am impressed by your utterly professional approach. “

“Wiki Specialist LLC Company has truly done an amazing job. They have not only created a well-researched page but are maintaining it efficiently as well. “

Get In Touch With Wiki Specialist Today

And See The Difference It Makes To Your Business!

It's A Limited Time Offer So Hurry Up! Don't Wait! Get Yourself A Wikipedia
Page Today! 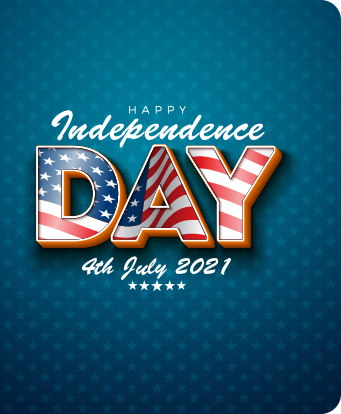 Activate Your Coupon Now
& Get Your Wikipedia Page For 70% Off